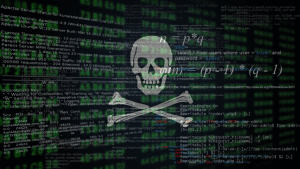 Hackers, they seem to be everywhere. Engaging in various acts, from hacking Twitter and YouTube accounts to leaking massive corporate user databases. As threatening as they may seem, these cyber-criminals and script-kiddies are no match for a threat that is orders of magnitude worse. This threat is the entity designed to protect you from such threats, ironically. It is the government, AKA Big Brother. Government surveillance is nothing new, and it’s been practiced since the art of wiretapping began in the 1890s. Skip to today, and any online (even offline, crazy huh?) activity you engage with is being logged and recorded. In a world so full of governmental surveillance, many people may simply say “Why the hell should I care? I’m not doing anything wrong!”, and I’m here to tell you why that mindset is wrong.

“The NSA routinely lies in response to congressional inquiries about the scope of surveillance in America.”

From Australian metadata laws to NSA GPS tracking, international governments collect a plethora of data on its citizens without consent, using “prevention of terrorism” as justification for their mass privacy violations. While the threat of terrorism is indeed a valid threat for any government, the practices used to protect against such are, to state euphemistically, morally and legally questionable, as well as a threat in and of itself (Oh, the irony).
Now, let’s get into why this concerns the average Joe, who’s a clean, law abiding citizen.
Joe one day decides to read the news online, and comes across some ISIS-related news. He clicks on the article, and watches a YouTube video related with ISIS. He watches a few more, and soon enough, he’s now flagged by the NSA’s system for possibly being affiliated with terrorism. That may seem like a stretch, but considering this, it is very reasonable. My website could very well be flagged right now for mentioning “ISIS” a few times.
Now, our boy Joe is on the NSA watchlist for any suspicious activities. Anything he does from this point on may warrant further investigation and surveillance, regardless of how innocent his activities may be.
If that doesn’t scare you enough, perhaps this will:
Remember the hackers I talked about at the beginning? What if these people were to gain access to this massive database and leak it? Now, all of Joe’s activity and logs are public domain. His kids, wife, grandmother, and dog will be able to publicly discover his unique fetishes by looking through the data. (Remember Ashley Madison?)
A YouTuber has compared the situation to having cameras monitoring all your activity in your apartment in an exchange for a discount in monthly rent. You have nothing to hide,
right?

Public Key Encryption is arguably the single most effective weapon against organized governmental surveillance. Two large arbitrary prime numbers can go a long way. There are a plethora of privacy tools such as Tor, GPG, HTTPS everywhere, proxies, and VPNs to name a few. If you are a website, use SSL to prevent any MITM attacks. No tools are capable of protecting you 100%, but they are of great help.

We become unique individuals by sharing personal experiences and feelings to those we choose to share them with. Death to privacy is death to everything that makes us unique human beings, rather than a name attached to a set of data.